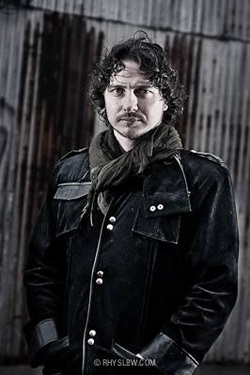 Melbourne, Australia
Alec is an Australian indigenous musician currently working on his first solo album. This album is unique as Alec is performing, writing, recording and mixing all the tracks himself! The modern one man band!

Originally from Toowoomba in Queensland, Australia but now resides in Newport, Victoria. After having his two new songs listed on Triple J unearthed for less than a week they were 2 and 3 on the Triple J unearthed Indigenous chart.

Alec comes from a family of musicians and has dedicated his life to music, using it as a vehicle to promote health and happiness amongst all.

The charismatic musician is in no way new to the music scene as he has spent the last 15 years touring and performing with successful Australian bands both in Australia and Internationally. Alec is a captivating live performer and his stage presence and sex appeal have been likened to the late, great Michael Hutchence. Excitingly and luckily for all our ears this passionate musician has decided to embark on an ambitious solo career and is busy working on his first solo album titled "Inspired by Animal Instincts" The album will have a theme of mental health throughout to raise awareness and promote healthy conversation, particularly with indigenous youth.

What really separates this artist from other musicians is the fact that he is writing, performing, recording, and mixing all the songs on this album himself. This highlights not only his musical talent but his absolute love for music and tireless hard work. Definitely the modern one man band. So stay tuned to Alec, as this is only the beginning...