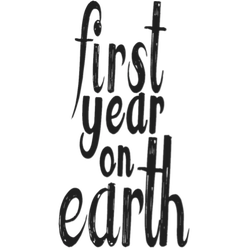 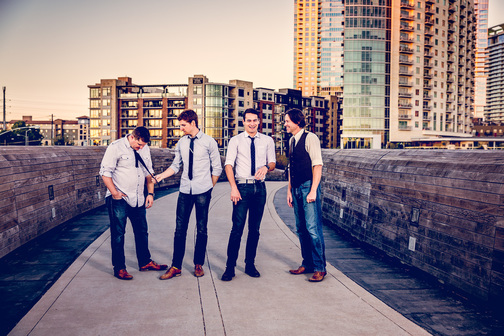 Having been held up in the studio for the early part of 2016, First Year On Earth reemerged with their sophomore record Word Road. The band has been tirelessly promoting the album around Texas. Now they're ready to show the rest of the country.

The 4-piece from Austin Texas, defines elements of indie folk to rock Americana and have formed a reputation for their eclectic live shows. Since their formation 2 years ago, First Year On Earth have started to find their groove in the live music capital.

What started as an ambition for front man and Australian native Ryan Murphy, has quickly evolved into a musical journey. While living back in his homeland of Australia Murphy had become witness to the tragic death of a friend whilst on vacation, this having a huge influence on his life and what was to eventuate next.

Murphy sold what he had and hit the road with nothing but a backpack and a bucket list. He blogged about this experience and has since gained attention across the globe. His story landed him interviews on national morning television programs in Australia and a stack of online buzz. "I still can't believe the impact the blog has had," says Murphy. "It's been great sharing my story."

The top of Ryan's bucket list was to become a recording artist in New York, but after moving there in mid-2012, he found the big city lifestyle didn't suit his nature. He now calls Austin home, and it's here that Murphy met his fellow musicians who would together become First Year On Earth.

The bands debut self-titled EP was released in June of 2015 to widespread critical acclaim. Taking them on their first US tour through the Midwest, which included an invitation to perform to a sell out crowd at the famed Bluebird Café in Nashville, Tennessee.

First Year On Earth's sound spawns from Afflerbaugh, Read and Milner's backgrounds in Jazz and Country and Murphy's love of organic songwriting.

This year the band hit the ground running promoting their much-anticipated full-length album, which has included a performance on Fox 7 and a live taping on Austin's longest running radio program Eklektikos with John Aielli.