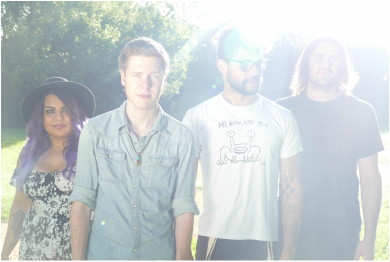 ﻿Messages is an indie rock band from Austin, TX. Stemming from different music backgrounds, they came together by an insatiable need to create great music.

Complete with vivid harmonies, ferocious energy, and a virtuosic command of their instruments, this 6-piece powerhouse is quickly making a name for itself in the indie music scene.

KUTX's Laurie Gallardo has described their sound as; "Bubbling over with ebullience, invigorating orchestral indie rock that brings with it some rather inspired sing-along moments."

Messages, formerly known as ‘Mighty Mountain’, made their official launch during Austin's Free Week 2015 at Empire Garage with ‘Mother Falcon’. This performance quickly gathered the attention of music lovers, including The Austin Chronicle who wrote: "Messages provided a positive and politically tinged collection of songs teeming with knockout hooks. Their peaking energy was the norm, equally adept at country hoedown and sounds reminiscent of early Coldplay."

Hardworking as they are talented, Messages made great leaps in 2014 as ‘Mighty Mountain’ performing regionally and sharing bills with Of Montreal, Grouplove, and Spandau Ballet. They performed at festivals including SXSW as an official artist, Center of the Universe Festival, Art Outside, and as a headliner for Pecan Street Festival.

Messages will be releasing Part I of their 3-part debut in Summer 2015.